Result: Two doublets drilled from same location. Both doublets are suitable for production and injection.

At June 4th, 2013 WEP was pleased to announce the spudding of MDM-GT-01, the first of two geothermal production doublets on the Middenmeer exploration licence (Agriport A7) for Dutch greenhouse consortium ECW Geoholding BV.  The objective was to reduce production costs incurred by greenhouse heating using the more efficient and sustainable renewable energy source.

It was planned to drill just over 2000m down into the Slochteren sandstone with a 350 metric ton rig. It was hoped a formation test, once the well is completed, will produce water at approximately 97 deg C.

On February 22nd MDM-GT-04, the last one of the 4 wells was completed and handed over for use. Unique in the project was that the two doublets, consisting of 2 x 2 wells, were drilled from a single location. All wells were drilled in the Slochteren sandstone formation to a depth of around 2400 m vertical from the surface, from where the geothermal water will be extracted. Both doublets have been tested and found suitable for production and injection.

With this milestone, ECW is able to connect the greenhouses on the geothermal energy supply. Geothermal energy will be used by several large-scale greenhouse enterprises. Main cultivation is tomato and paprika. When both doublets are brought onstream the largest geothermal project in the Netherlands to date will be completed. 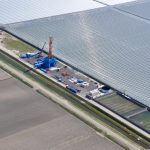 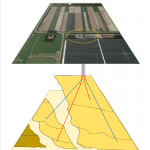 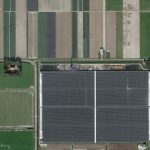 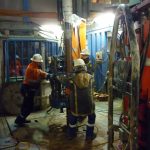 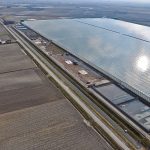