Result: Producing water with a temperature of 85 degrees Celsius

Tuesday 20th of May 2014 the drilling of the geothermal doublet for V.O.F. Geothermie de Lier has started by spudding the first well LIR-GT-01. Drilling contractor is KCA Deutag using its T-49 rig.

The doublet will consist of the two wells LIR-GT-01 & LIR-GT-02 and are deployed for the heating of greenhouses. The greenhouses cover in total an area of circa 50 hectare and are mainly used for growing tomatoes.

In August 2014 WEP has successfully completed the well construction of the two wells for the geothermal doublet. The wells have been tested and are ready for production.

The wells were drilled in the Delft Sandstone, which is well known as a geothermal reservoir in this region, to a total depth of approximately 2500m TVD (total drilled length is approximately 2900m) and produce water of 85° C.

WEP has provided engineering and drilling management services in all phases of the project, e.g. well design and engineering, project management and supervision during execution.

The Geothermie De Lier project has been a cooperation of Harting Holland and A. de Bruijn en Zn. The two companies have a combined total greenhouse area of 47 hectares dedicated to the production of tomatoes and aim to reduce the consumption of natural gas by 10-12 million m3 per year. 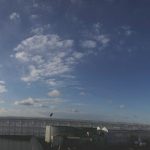 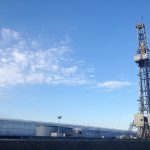 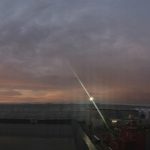 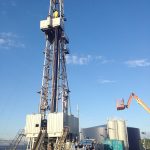 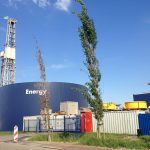