Building a Special Launch Sub to install casing during drilling

Role of WEP: WEP was the initiator and did all engineering and manufacturing; and managing during the installation.

A special Launch Sub was built for one of our salt producing customers to be able to install casing while drilling. Actually, two casing strings were installed in one run when drilling through an existing cavern. The purpose of the Launch Sub was to drill the new casing until target depth with the same BHA as used for the previous casing. This required a wireline activated take-over functionality. The disposable BHA was left in the hole and was shot off after reaching the target depth. The remaining part of the Launch Sub is used as an injection point with sideway outflow advantage. Taking over the launch sub was successful in one attempt, pressure test showed that the seals of the connection functioned properly. With the use of Finite Element Analyses, a design optimization was done to eliminate high occurring stresses due to high drilling forces and torques, which could lead to damage and failure of the tool. The launch sub is an example of a solution where well engineers worked together with mechanical engineers to find a unique solution for a specific problem. 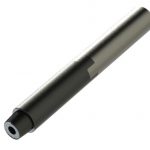 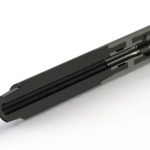 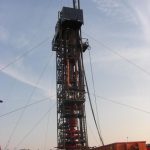 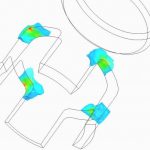