Result: Out of well BAS-3 a side-track BAS-3O was succesfully drillled & completed to establish a new salt production cavern.

After the successful permanent abandonment of the old BAS-3 cavern operations were continued to clean out the upper section of the well. Thereafter a sidetrack with 450m outstep was drilled to create a new production cavern in the salt formation.

In order to be able to sidetrack at sufficient depth further attempts were made to retrieve the 11-3/4” casing to the minimum required sidetracking depth. Casing retrieval was done by cutting & pulling in sections. When this was unsuccessful even for short casing sections (30m) it was decided to mill ahead. After milling through a stuck section three 100m sections were successfully cut & pulled, after which the whipstock was placed and window milled.

Drilling the 12-1/4” section with a rotary steerable (RSS) assembly was successful, after which the hole was enlarged to 14” with an underreamer. Drilling operations were performed with OBM in the hole to prevent locally highly reactive clay from swelling. Throughout the drilling operations, hole cleaning was actively monitored at surface by cutting returns and pressure monitoring.

When running the flush 11-3/4” casing it was expected to reach a point of no return at ca. 2/3 of the total depth (4300m), where the PUW of the casing would exceed the rig load limit. Therefore casing weights were actively monitored throughout the casing trip. Even though the total open hole time exceeded 14 days the casing was landed at the pre-planned depth.

An 8-1/2” section was drilled through the salt & underreamed to 15”, after which the production casing and injection tubing were installed. Circulation tests were performed with good results. 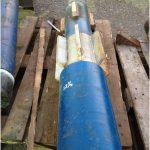 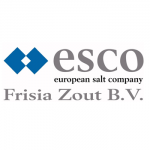