The secondary objective was to investigate the status of the 11 ¾” production string in the open hole section. Over the past year, it became clear that several salt blockages were forming behind the 11 ¾” which affected and damaged the 11 ¾” string at various positions. However, the presence of a 7” injection string only allowed indirect wireline measurements to be performed on the 11 ¾”. By removing and retrieving part of the 7” during the workover operations, the 11 ¾” production string could be investigated directly.

For the workover operations a 600k HWU was selected, capable of snubbing 4889m 7” string. During the workover operations, it became clear that the 11 ¾” was damaged to such an extent by salt convergence, that the 7” string was stuck inside. With various wireline investigations the stuck point was identified and the 7” string was cut to allow the string to be partially snubbed out of the hole. Although this was successful, it added the complication that a 7” fish stuck inside the 11 ¾” had to be dealt with. Next to that, wireline investigations showed significant salt bonding behind the 11 ¾”, preventing the option for the 11 ¾” to be cut and dropped together with the 7”. Therefore, first the salt blockages had to be removed behind the 11 ¾”.

To remove blockages a perforate strategy was prepared. Three intervals of 6m were perforated with wireline deep penetration guns and fresh water was injected to dissolve the salt. CBL logs and camera logs were performed to monitor the progress of dissolving the salt blockages. It became clear that the strategy was successful in removing the top part of the salt blockage but less efficient at removing the lower part. After various injection & bleed-off approaches, a separate plan was prepared to remove the lower salt blockage. A washing & drilling BHA was designed together with fishing service companies and snubbed in the hole. This assembly proved to be effective at washing & drilling through the salt blockage behind the 11 ¾” and high flowrate circulation & checktrips allowed the 11 ¾” fish and 7” fish to drop down into the cavern, clearing the well path for recompletion.

The operations could be finalized with the last wireline investigations and the recompletion of the 7”. Although the project faced difficult challenges, it was successfully executed with zero HSE-related non-conformities. 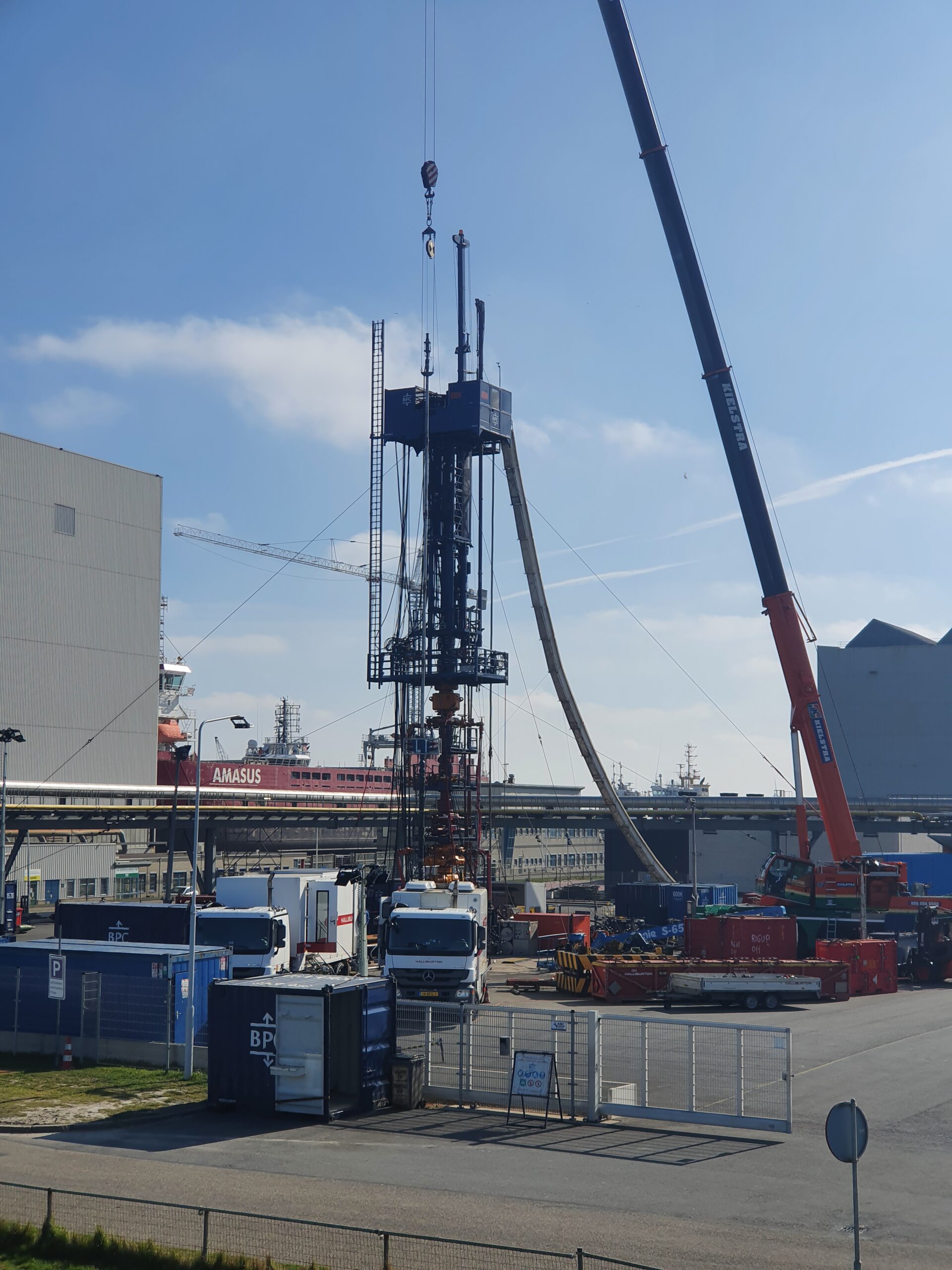 HWU on the wellhead of HVM-02