Drillmec HH300 (contracted via GERF, operated by D&S) has been rigged up in Q1 2020. Mid-April 2020 drilling operations of the first well commence. WEP has been contracted by ACL to provide supervisional support on the well deliveries (both on site and back-office) and testing of the wells. Expectations are high, nextdoor of the Hoogweg Aardwarmte project (also a triplet: LTG-GT-01, 02 & 03) which is producing/exploiting geothermal heat since 2018.

Late October 2020 LTG-GT-06, the last of the three wells was drilled to TD and tested. Unfortunately, the thickness of the geothermal aquifer (Slochteren formation) was found to be significantly less as anticipated, resulting in disappointing test results. Rig to be demobilized before the end of 2020. It is investigated whether the output of the well(s) can be improved. 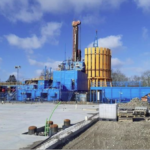 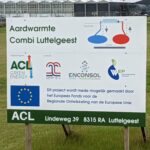 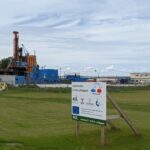