Result: Well back to salt production

The lower section of the well completion, became damaged, restricting efficient production from the well.

With the Hydraulic workover unit (HWU) the inner completion string was retrieved. The production string was cut above the damaged section and the upper section of the outer completion retrieved. To re-establish entrance to the cavern system, milling operations were performed. To assess the downhole situation at the Hold-up-depth (HUD) real-time wireline camera runs were performed both prior to the milling operations and after. Once an exit was confirmed the drill-in completion was run in hole.

The drill-in completion was equipped with a sacrificial BHA; including a mud motor (PDM) and a directional MWD. The sacrificial MWD was included to drill a vertical hole through the cavern section, for improved stability and prevent damage to the tubing. On previous similar operations, directional control was performed with multiple single-shot wireline surveys every stand drilled. Due to the inclusion of the MWD the multiple wireline runs could be eliminated, which proved a benefit both to operational time and to HSE. In addition, the continuous directional control allowed for an overall higher ROP due to a faster feedback on BHA directional behavior.

For this project, Well Engineering Partners provided project planning, tendering engineering, coordination, management, and supervision for the project while other companies provided materials and services. 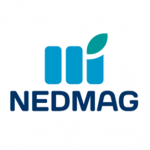